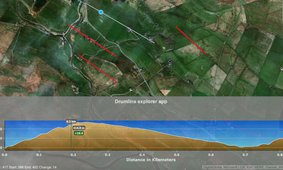 Back to Glaciation videos

This video tackles a tricky aspect of physical geography. In the middle of U-shaped valleys that have been carved by glaciers, we often find small hills between 2 m and 100 m tall. These hills are called drumlins. But how do they form?

To accompany this video, use ESRI's interactive web map to explore 3D drumlins in GIS.

Back to Glaciation videos